The human body is composed of 102 minerals and is supported by 13 vitamins. With a lack of these resources the body will slowly cease to function properly. Each vitamin and mineral has a purpose, iron and vitamin C for the blood and immune system, calcium, silica and vitamin D for the bones and joints, the list goes on and on and on. It is very important that our body not only gets these vitamins and minerals, but that is also able to use them to their full potential.

The sole reason that we become sick is due to acids in our food which create mucus as a byproduct during digestion. Your body will absorb this mucus as if it were any ordinary nutrient. The mucus will then begin to deteriorate whatever it comes into contact with, this is why all disease begins in the digestive tract. From the intestines, the mucus will find its way to separate organs via the bloodstream and will begin to deteriorate them as well.

There are two steps to rebuilding the body, step one is to expel all mucus and acids. The best way to expel the toxins is to do some sort of fast. During this fast, you should consume cleansing herbs such as cascara sagrada, rhubarb root, and prodigiosa. Some fruit is allowed during the cleanse as a form of nourishment, but the less intake the better and faster the fast will go. The cleansing process should take around two weeks. During the fast it is very important to stay hydrated and be taking nutrients supplements in order to keep your body strong and healthy and to make sure that you are still feeling well.

The second step is to revitalize to get your body into its most desired state. It is important to eat nothing but alkaline foods, this way of eating excludes things such as anything with added sugar, any animal products, genetically modified foods, and foods that are not organic. Another thing with the foods that you are going to choose to eat is that they will have the best effect on your body when they are raw. When you start to cook your foods, the loses a lot of the nutritional value which in turn can cause you to have a slower time in getting your body to revitalize into its most natural form.

Join our newsletter for a 10% off coupon! Our weekly newsletter contains the latest news in alternative health options, product details, recipes, and more. We mail once per week, and we respect your inbox, unsubscribe at any time. 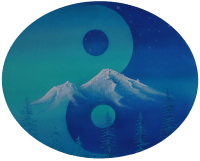 Shasta Sage Wellness is a beauty and health company dedicated to helping you live your best life.